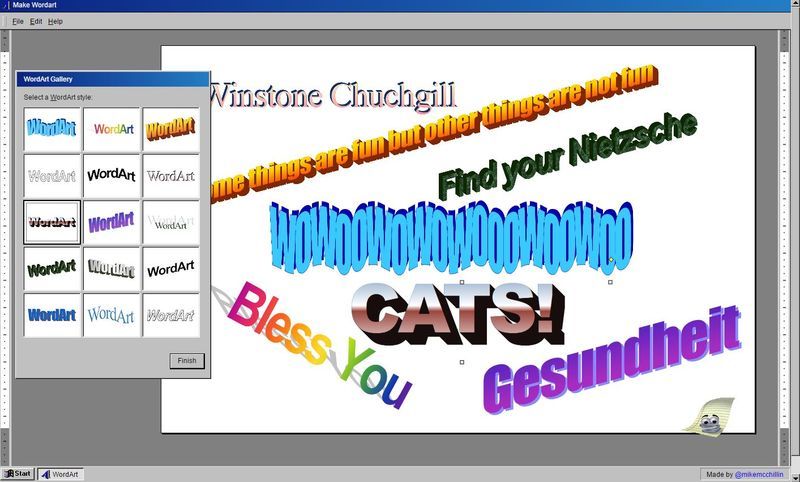 Joey Haar — November 9, 2016 — Art & Design
References: makewordart & thenextweb
Share on Facebook Share on Twitter Share on LinkedIn Share on Pinterest
In the somewhat recent past, Microsoft's WordArt was one of the only ways to add color and character to one's digital documents, and 'Make WordArt' is a program dedicated to reviving those campy, nostalgic styles. The project, created by graphic designer Mike McMillan, recreates a fairly accurate depiction of WordArt for Windows 95.

Make WordArt looks like a pared-down version of the actual WordArt application for Microsoft Word on Windows 95. Placed within a faux operating system that mimics the old computers (including the notorious Clippy character,) the program lets users select from a set of 15 different fonts inspired by the original WordArt. These include rainbow text and 3D green marble. Once a font is selected, users can enter any text they choose and Make WordArt will automatically place it on the mock document.
1.9
Score
Popularity
Activity
Freshness
Attend Future Festival