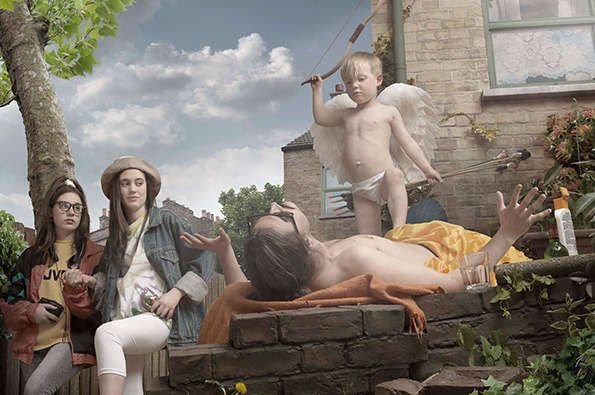 Meghan Young — July 11, 2013 — Fashion
References: maisiebroadhead & itsnicethat
Share on Facebook Share on Twitter Share on LinkedIn Share on Pinterest
At first glance, photographer Maisie Broadhead's work may look like a series of paintings. That is because they heavily borrow elements from the Renaissance era in which love was depicted in a grandiose and dramatic style. Complete with the ever present cherub, who in this case appears more exasperated with humans than in the past, Maisie Broadhead's series shows people how relationships have both evolved and stayed the same.

Hailing from London, England, Maisie Broadhead was chosen for this year’s Jerwood Makers Open; a showcase for rising stars who are awarded with £7,500 of commissions. Making the most of her grant, Maisie Broadhead photographed a series of pictures inspired by Paolo Veronese’s Allegory of Love (1575). They are titled Scorn, Unfaithfulness, Respect and Happy Union.
5
Score
Popularity
Activity
Freshness
Get the 2023 Trend Report FREE