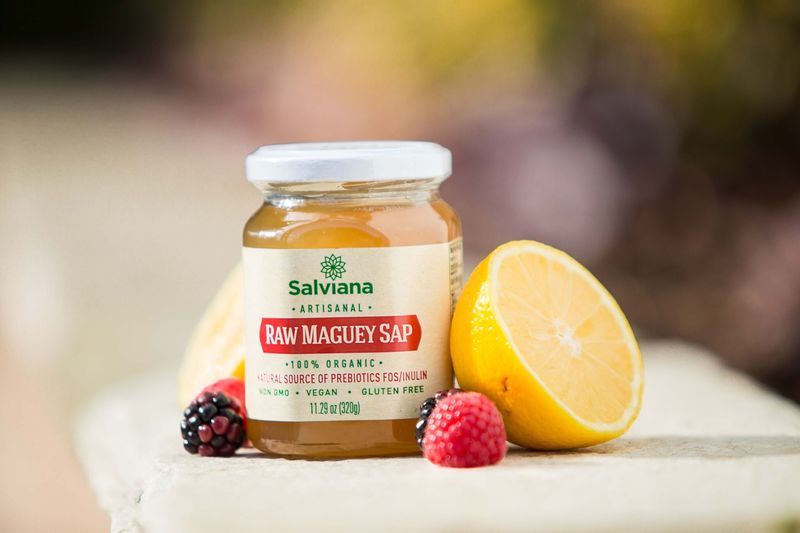 Salviana's 'Raw Maguey Sap' is Raw, Vegan and Made from Agave

Laura McQuarrie — February 16, 2018 — Lifestyle
References: salviana & specialtyfood
Share on Facebook Share on Twitter Share on LinkedIn Share on Pinterest
Over the past few years, health-conscious consumers have explored a range of alternative natural sweeteners, including everything from date-based syrups to entirely plant-based alternatives to honey made from fruit—but Salviana's Raw Maguey Sap is emerging as a new refined sugar substitute.

Maguey Sap comes from an agave species called Maguey Pulquero, which is native to central Mexico. The natural sweetener is not only raw, vegan, 100% organic, kosher and gluten-free, but also a rich source of prebiotics and probiotics. As such, Salviana touts its Raw Maguey Sap as a sweetener that can be added to one's daily diet to improve gastrointestinal health and blood sugar levels, as well as support a strong immune system.

Many consumers who are looking to reduce their consumption of refined white sugar are turning to all-natural alternatives like coconut sugar and monk fruit.