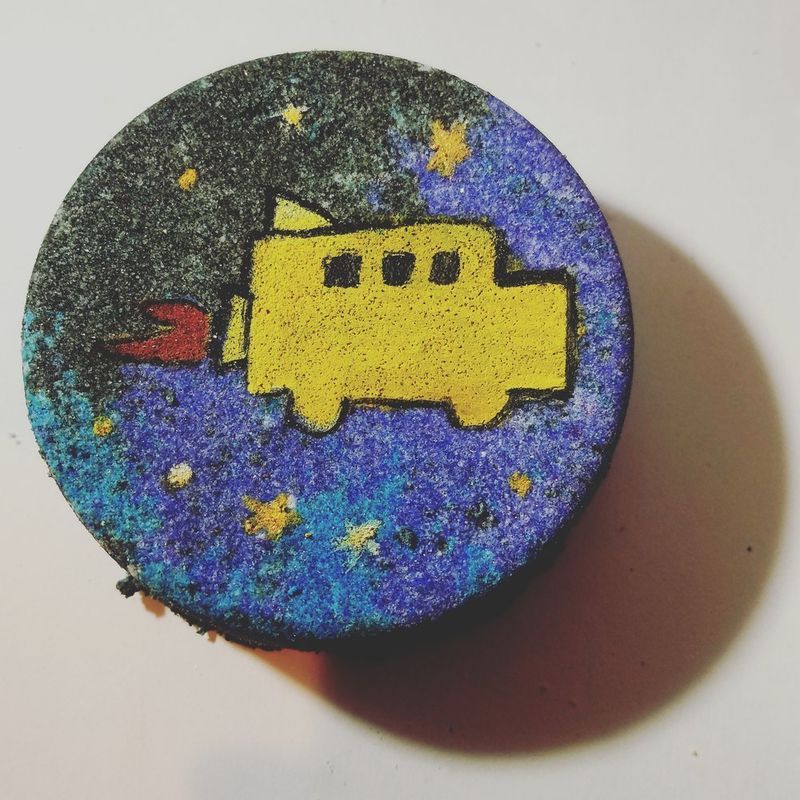 The 'Seat Belts, Everyone!' Bath Bomb Draws from the Magic School Bus

To make this theme clear, the brand features a playful rendition of the flying bus that Ms. Frizzle and her class would hop aboard when headed out on an educational field trip. In the background, a multicolored sky that's specked with bright yellow stars is featured as well.