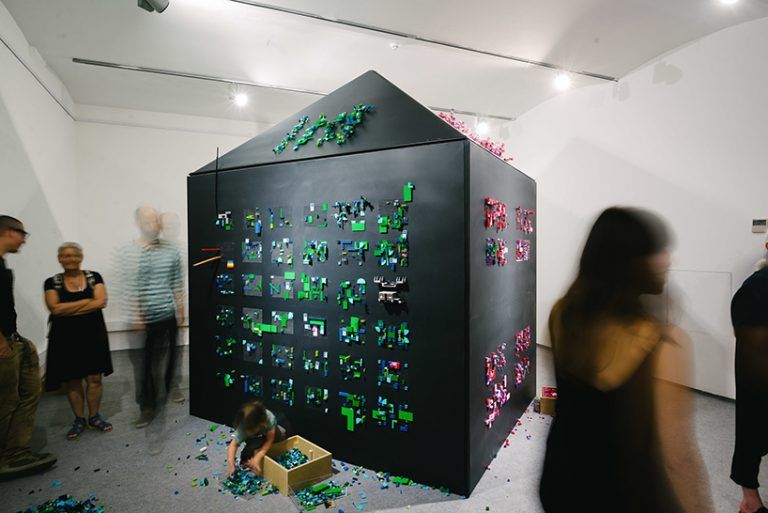 Magenta Design Studio's 'Opposite' Celebrates the Beauty of LEGO

Ellen Smith — June 13, 2017 — Art & Design
References: magentaworkshop & clickiz
Share on Facebook Share on Twitter Share on LinkedIn Share on Pinterest
This year's Jerusalem design week featured Magenta Design Studio's 'Opposite,' a LEGO-infused project that shows the beauty behind the iconic toy. Typically used to spark imagination and ignite creativity among the user, LEGOs are often stacked in one direction, revealing only a single side of the block. The design studio chose to explore another way to join the blocks together -- by using a metal sheet with perforated holes which the blocks can be fastened to. The metal sheets featured are of different sizes and shapes, and allowed the designers to create a variety of combinations.

One piece from the project resembles a small, simplified house with small cubic windows, which can be filled with LEGO. Magenta design studio's Opposite displays the other side of these blocks, giving them a sense of character, while exploring reverse identity and new ideas.
4.4
Score
Popularity
Activity
Freshness
Jeremy Gutsche Keynote Speaker