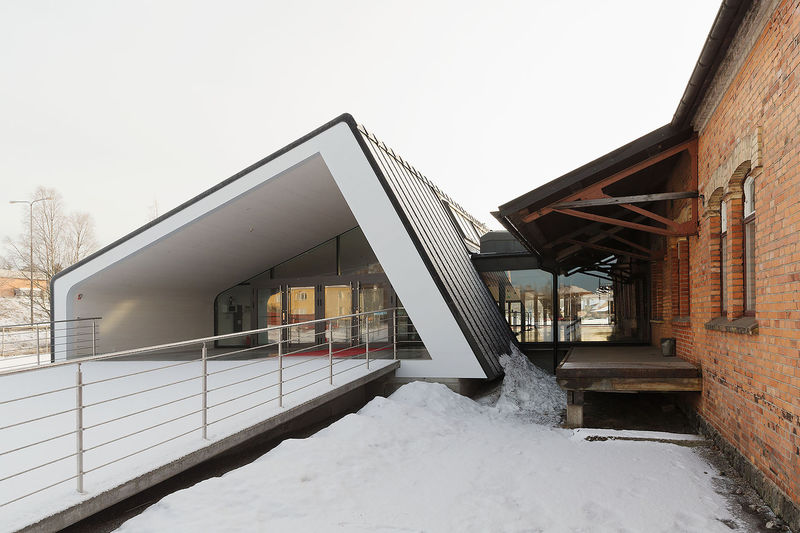 Magasinet's New Extension Looks Canted from the Outside

Joey Haar — June 28, 2017 — Art & Design
References: archdaily
Share on Facebook Share on Twitter Share on LinkedIn Share on Pinterest
For the new extension on Magasinet, a public cultural center in Falun, Sweden, Sweco Architects opted to go with a literally off-kilter design. The extension, which runs adjacent to the length of the original Magasinet cultural center building, has a roof tilted at the same angle as the gabled one on the larger brick building. However, since the new extension is off to the side, this creates the illusion of a tilted building from the outside.

Sweco Architects leaned into the tilted effect by opting to tilt the two vertical columns that descend from the overhead roof in kind. Thus, the extension appears to have been canted around a central axis.

Interestingly, from the interior one would be hard-pressed to notice the clever trick, as the extension's interior design is a calming cross between the industrial building that it abuts and traditional chalets.
0.7
Score
Popularity
Activity
Freshness
Get Trend Hunter Dashboard