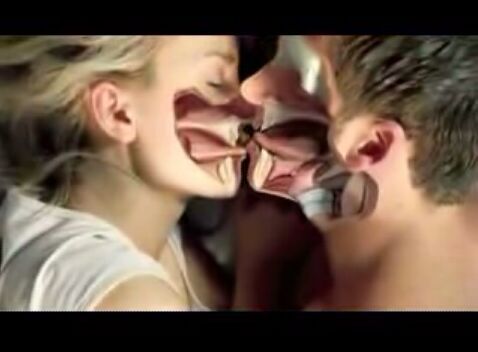 mediterranean — April 4, 2008 — Pop Culture
References: tick-tock & trendhunter
Share on Facebook Share on Twitter Share on LinkedIn Share on Pinterest
To fit the song that helped Madonna bypass Elvis Presley as the artist with the most top 10 hits, the music video "4 Minutes" is a visual extravaganza of advanced sci-fi effects and groundbreaking editing. 4 Minutes just reached number 3, becoming Madonna's 37th song in the top 10.

The video, directed by French Jonas and FranÃ§ois, takes place in a world where you are able to see through bodies and objects. You get to see under the skin and tissue of couples kissing and see the bones and ribs of Justin Timberlake. It also features living walls that expand and chase after you.

The special effects are accompanied with complicated dance routines, jumping on cars and steamy flirting between Madonna and Justin.

The special effects reminds me of the video for Bedtime Story. Nice return to form.
5.2
Score
Popularity
Activity
Freshness
Get Better and Faster

Bowling-Inspired Retro Streetwear
END. and BAPE are the Latest to Join Forces on a Capsule