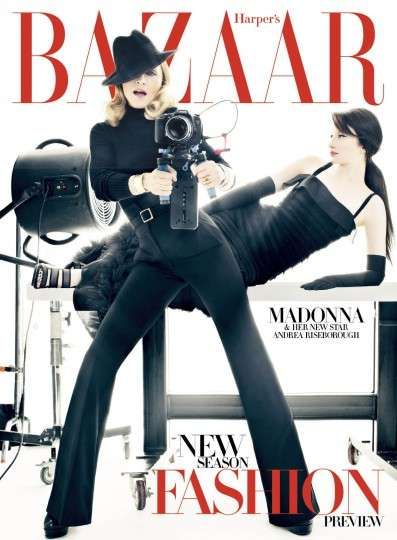 Madonna stars with Andrea Riseborough on the cover, and the two are decked out in head-to-toe black and both look incredible. Interviewed by Naomi Wolf, the interview excerpts are really something.

“When women are perceived as powerful and doing something they aren’t supposed to be doing, they are often portrayed as sexual predators,” explains Madonna. “One of my father’s famous quotes — and I love him dearly, but he’s very, very old-fashioned—was ‘If there were more virgins, the world would be a better place.’”

Make sure to check out the Madonna Harper's Bazaar December 2011 issue for some insight into the legend's thoughts and what will surely be a fierce editorial spread.
2
Score
Popularity
Activity
Freshness
View Innovation Webinars