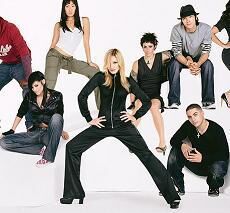 Javier Correas — March 14, 2007 — Celebs
References: trendhunter
Share on Facebook Share on Twitter Share on LinkedIn Share on Pinterest
Earlier we introduced you to Madonna's H&M label, M. Now the ad has been released, and... well, it's a little weird... It's not a usual ad, but it's so "electro" that you will fall in love Madonna just as you did with her last album. Madonna continues to reinvent herself and epitomize cool.

Implications - Celebrities are increasingly expanding their commercial brand into other industries; musicians, who often become style icons, are the best examples of this cross-branding phenomenon. Madonna, who's made a career out of reinventing herself, joins fellow musicians-turned-fashion-designers Jay-Z, Gwen Stefani, Russell Simmons, Nelly and Travis Barker with this lifestyle-oriented clothing line.
3.3
Score
Popularity
Activity
Freshness
Attend Future Festival