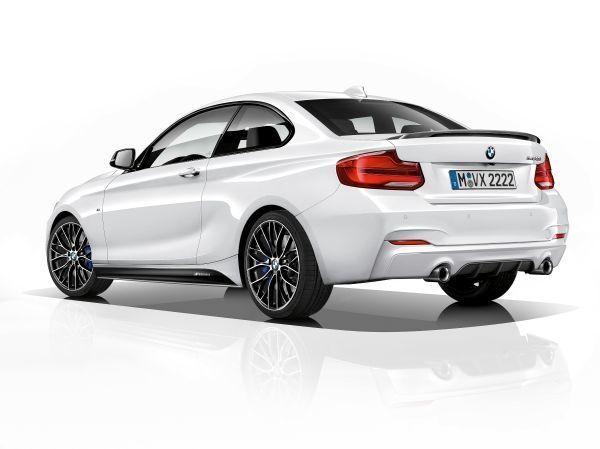 Michael Hines — May 18, 2017 — Autos
References: bmwusa & automobilemag
Share on Facebook Share on Twitter Share on LinkedIn Share on Pinterest
The BMW M240i M Performance Edition is a new special edition version of the M240i. Despite sharing a name and looking similar the two cars are actually pretty different. For starters, only 750 M240i M Performance Editions will be made. Also, the new M Performance model is faster than its less-rarer stablemate. The two share the same engine, a turbocharged inline-six, but in the M240i M it makes 340 horsepower, a bump of five ponies.

What really makes the M240i M Performance Edition different from is all of its carbon fiber exterior bits. The mirror caps, side sills, tailpipe trim and decklid spoiler are all made out of carbon fiber. The front bumper, spillter and grille aren't made out of the lightweight material but are a new design. BMW has not announced pricing for its newest limited edition, but expect it to be just a bit cheaper than the $52,500 base price of the top-tier 2 Series, the M2.
1.4
Score
Popularity
Activity
Freshness
Get the 2023 Trend Report FREE