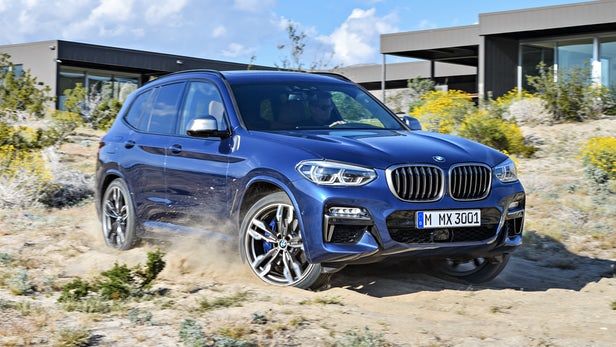 Rahul Kalvapalle — June 28, 2017 — Autos
References: press.bmwgroup & newatlas
When it comes to the luxury crossover SUV market, there's no question that the BMW X3 is a pioneer, and the German automaker is choosing not to rest on its laurels by introducing an improved version of the X3 that looks largely the same but features a range of improvements.

The latest and greatest BMW X3 now has a meaner design, a longer body as well as highly detailed performance additions such as grille shutters that allow for more aerodynamic performance on high-speed highway rides, whilst also helping cool the engine and giving the vehicle a fresh exterior appearance. This SUV will be able to zoom from zero to 100 km/h in only 4.8 seconds thanks to a top-of-the-line diesel engine.

This is a wonderful example of an industry-leading vehicle receiving surgical improvements to improve its appearance and performance, without messing with the formula that has made it such a stand-out product in the luxury crossover SUV market.
2.2
Score
Popularity
Activity
Freshness