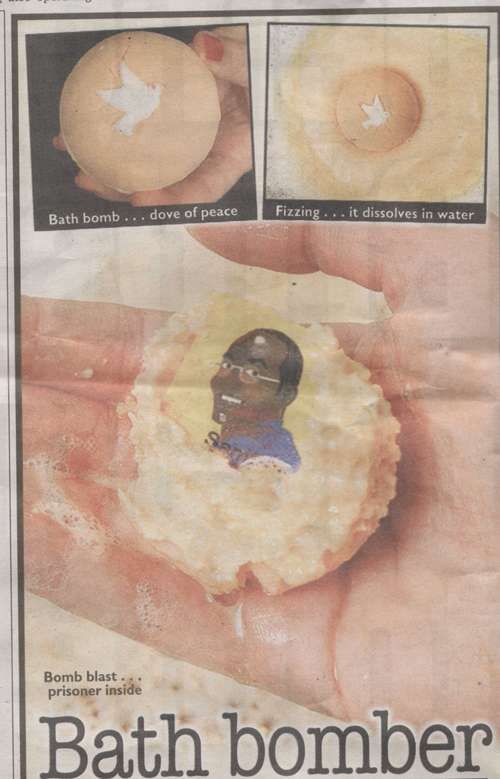 Lush Cosmetics have started making bath bombs to raise money for Reprieve which campaigns to raise awareness of prisoners in Guantanamo Bay. Costing £2.95 the orange (of course) bombs come decorated with a dove of peace. Once placed in water the bombs dissolve and release a picture of a prisoner (OK I admit I feel this bit is questionable).

Some have blasted it as a "tasteless stunt" but already the bombs have raised £8,727 for charity. Lush boss Andrew Butler admitted, "We did have concerns, but many prisoners in Guantanamo have been tortured."

74 Charitable Acts
Innovative and Unusual Donations and Acts of Charity