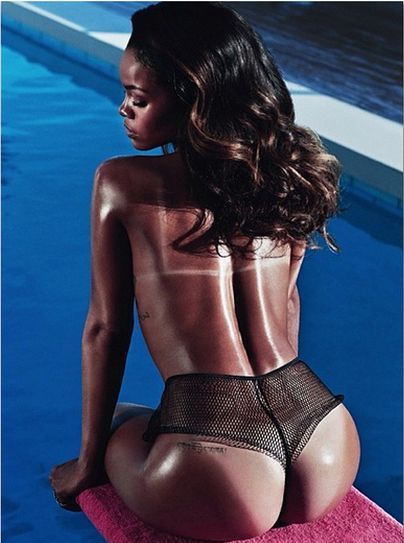 The LUI Magazine No. 7 Cover Shoot Stars a Topless Rihanna

Meghan Young — April 30, 2014 — Naughty
References: luimagazine.fr & hypebeast
Share on Facebook Share on Twitter Share on LinkedIn Share on Pinterest
If there is one pop star out there that knows how to get people all hot and bothered, it has to be none-other-than Rihanna, as she proves in the LUI Magazine No. 7 cover shoot. Provocatively displaying her tan lines in the poolside photoshoot, she shows that there is more to sensuality than tongue wagging and twerking. It is all about a confident attitude, which she has in abundance.

The LUI Magazine No. 7 cover shoot was surprisingly not shot by Terry Richardson, but photographer Mario Sorrenti. The Barbadian beauty, who was most recently spotted on the Vogue Brazil May 2014 cover, is nearly nude. She bares her breasts, yet since she does that out in public, it should come as no shock.
5.6
Score
Popularity
Activity
Freshness
Get the 2021 Trend Report FREE