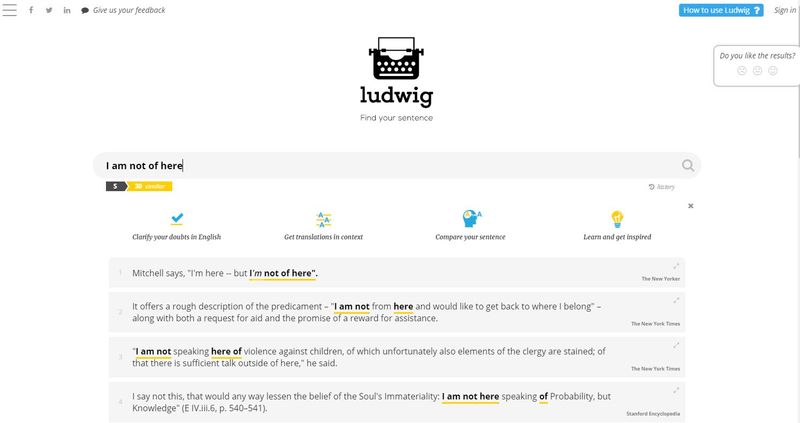 Like any language, English is nuanced, with slight variations in grammar, syntax and punctuation that are obvious to native speakers but baffling to others. Rather than acting as standard translators do, allowing users to enter a foreign sentence and then translating that into English, the Ludwig search engine asks users to enter their best attempt at a correct English formation. It then searches a database of reputable English-language sources like The New York Times, PLOS ONE, the BBC and others for comparable sentences and delivers these to its users.

Ludwig, then, is a socratic method of imparting correct English to its users, since, rather than telling them what it believes to be the right sentence, it gives them examples and forces them to choose.
4
Score
Popularity
Activity
Freshness
Get Better and Faster