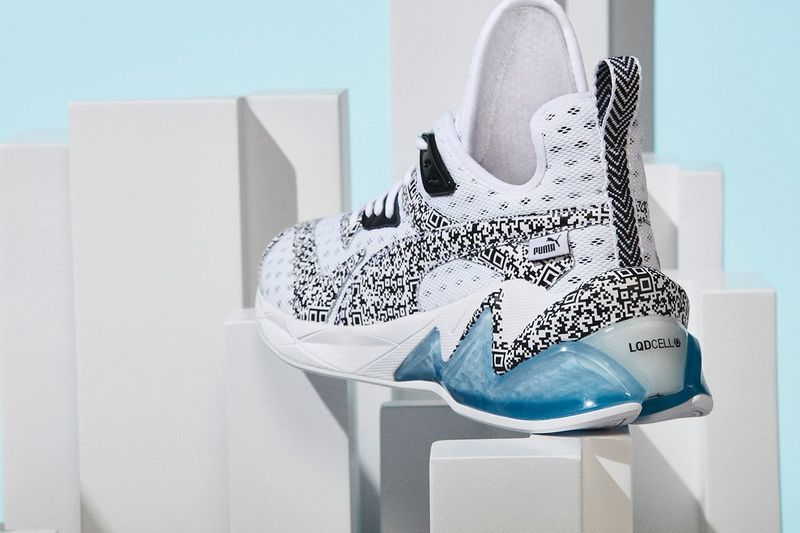 Laura McQuarrie — April 10, 2019 — Fashion
References: puma & thecurrentdaily
QR codes are sometimes integrated into the packaging or marketing materials to sell a pair of sneakers but Puma's LQD Cell Origin AR is a QR code-enabled sneaker itself. The unique footwear design has the potential to be scanned to access a variety of augmented reality filters and other fun content.

The LQD Cell Origin AR by Puma is paired with a dedicated app that provides more a mobile game, as well as more information about the footwear model. Thanks to augmented reality, sneaker fans will be able to see the shoe virtually burst into flames, as well as a deconstructed version of the shoe, layer by layer.

According to Puma, the "LQD CELL Origin AR is PUMA’s answer to a world in which the line between reality and the virtual realm becomes increasingly blurred."
5.7
Score
Popularity
Activity
Freshness