Records As A Canvas 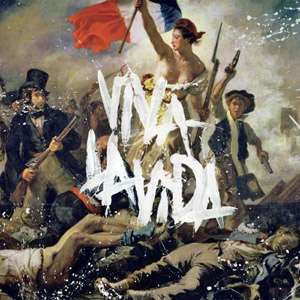 Anna Redman — March 11, 2009 — Pop Culture
References: soundstagedirect
Share on Facebook Share on Twitter Share on LinkedIn Share on Pinterest
LPs are coming back! The old records that everyone has stored in the basement gathering dust are starting to become the hip thing again. Popular music stores such as HMV have begun selling records of newly released albums among their many CDs and DVDs.

Additionally, flea markets and other low key charity sales have suddenly been in demand as people scavenge for the records of classic bands, preferring to increase their collections at $1 a record rather than the $20+ that music stores have begun to charge.

However, a slight twist on purchasing from a music store is that they tend to include a copy of the CD inside the sleeve, in addition to the record. Several recently released albums have had this package as an option. A specific example is that of Coldplay’s “Viva La Vida.” The CD alone was available at $14.99 while the record CD combination was available at $18.99. With less than a five dollar difference, anyone with an interest in records is undoubtedly going to choose the latter option.

Additionally, some people who are huge followers of certain bands are likely to purchase the records released by the band from the standpoint of having as much band paraphernalia as possible. However, with LPs gaining popularity, should they already have them in their possession, it is likely that they will eventually play them and join the ever-increasing group of LP supporters.
1.6
Score
Popularity
Activity
Freshness
Attend Future Festival Virtual