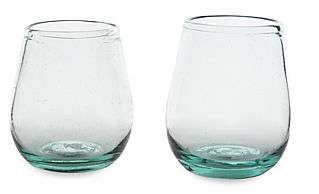 Bianca — February 20, 2008 — Lifestyle
References: dailymail
Share on Facebook Share on Twitter Share on LinkedIn Share on Pinterest
One of the first items dieters have to give up, and also one of the most difficult to let go of, is alcohol, as it's loaded with calories and slows the metabolism. Good news for those watching their waistlines is that they may not always have to pass on the glass thanks to the invention of Altos de la Ermita, a "diet" wine from Casa de la Ermita in Spain.

Best of all, this 'light' wine is touted to be easier on the body and thus result in less of a, or no, hangover.

Of course, you also won't get as intoxicated as the reason for all these positive properties is that it only has 6.5 per cent alcohol which is about half the alcohol of regular wine.

"As people become more and more health conscious, they are demanding different products, and we decided wine could also take this path," a company spokesman said.

"We plan to export the wine to the UK, Ireland and other European countries. "The alcohol content is 6.5 per cent, which is about half of the strength of standard wine, and the number of calories is also much lower than normal.

"All the wine we have produced so far is red, but we are planning to release a similar low alcohol white wine as well."

If you're looking to achieve the same buzz you enjoy from the usual wine, you're going to have to drink twice as much, and therefore are better off drinking the regular stuff. At that point, why not just drink an unsweetened grape juice?

Looking at the prices, it sounds ridiculously reasonable to someone living in North America, almost scary cheap to trust the quality of a wine at this price, but you have to remember that 10 Euros, the price in Spanish stores, or 14-20 Euros in a restaurant, is average for Europe.
3.1
Score
Popularity
Activity
Freshness
View Innovation Webinars