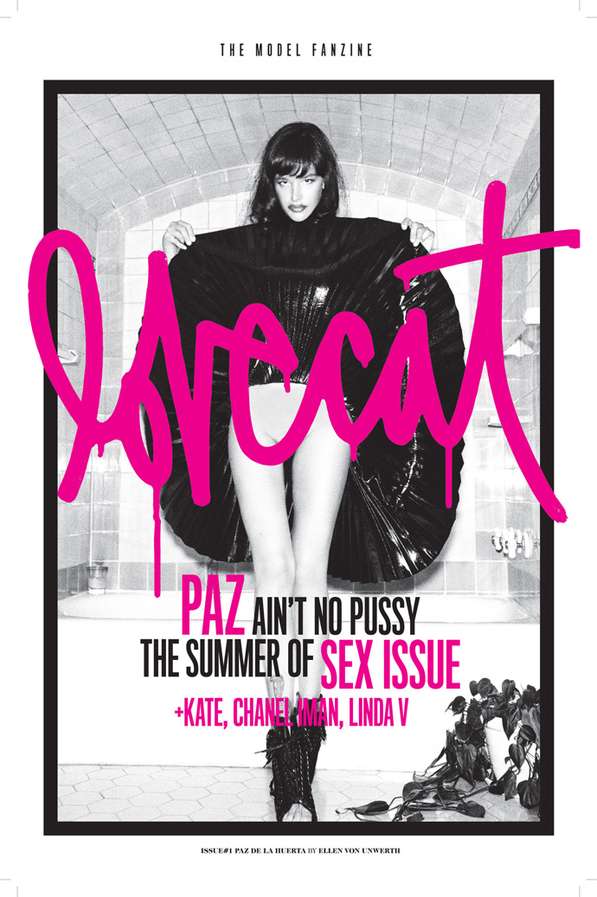 The only constant in this Lovecat Magazine editorial is Paz de la Huerta's lithe figure and sky-high heels. In one image, she hangs suspended from air ducts in a laundry room wearing nothing but white tie-up wedges; in another, she's scowling at the camera, extending a chain to the viewer that's attached to a collar around her neck. Two other photos show her flashing her bare front and rear for the camera; the former image was chosen for the magazine's cover.

If the Lovecat Magazine Summer 2011 issue is any indication of this publication's future, it'll be a household name in no time.
3.8
Score
Popularity
Activity
Freshness