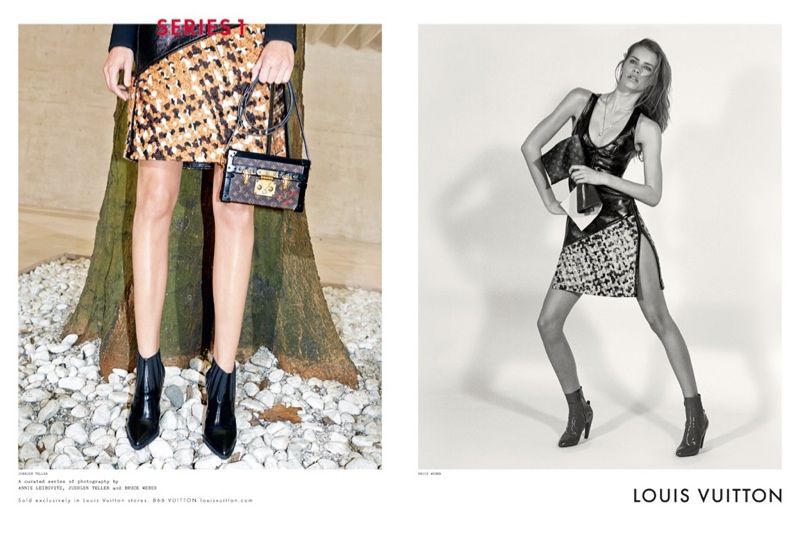 Meghan Young — June 25, 2014 — Fashion
References: louisvuitton & fashiongonerogue
The Louis Vuitton Fall 2014 Series 1 ad campaign is shot by three different photographer: Bruce Weber, Annie Leibovitz and Juergen Teller. An ambitious project, it embraces their distinct styles in order to tell a single story. Yet although there is a difference between their individual photoshoots, the ad campaign itself is seamless. Quiet, contemplative and artistic, it is likely that they were each given the exact same direction in order to maintain a cohesive output.

Starring models Charlotte Gainsbourg, Liya Kebede, Freja Beha Erichsen and Jean Campbell, the Louis Vuitton Fall 2014 Series 1 ad campaign takes place both indoors and outdoors. Set to appear in the August issues of magazines, the title of the ad campaign suggests that more of its kind will be on its way.
4.4
Score
Popularity
Activity
Freshness