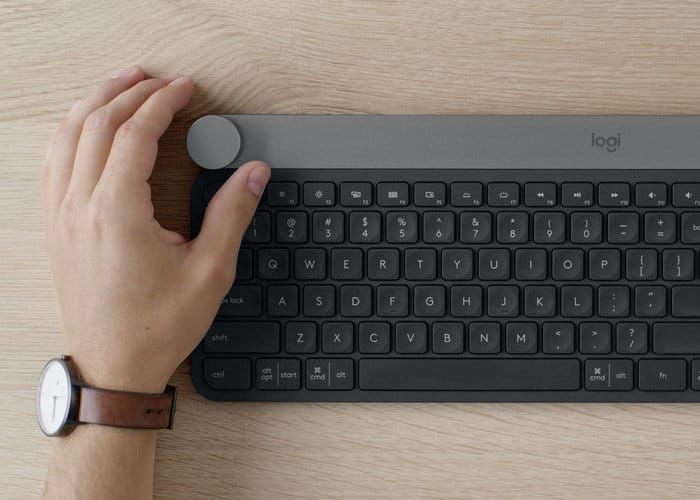 Justin Lam — June 20, 2018 — Tech
References: geeky-gadgets & theverge
Share on Facebook Share on Twitter Share on LinkedIn Share on Pinterest
The Logitech Craft keyboard may not appear to be an innovative piece of tech but its giant button is truly a tactile dream. Known as the “creative input dial,” the goal of the button was to help users rethink how humans interact with computers. The dial itself can integrate with multiple pieces of software including, Adobe Photoshop, Illustrator, Premiere and InDesign; Microsoft Word, PowerPoint and Excel; as well as Quicktime, Safari, Google Chrome and Spotify.

The appeal of the Logitech Craft keyboard comes primarily from its tactile feel which seems to encompass the greatest features of Logitech design. The dial does scroll infinitely but it also is an articulated wheel. The responsive nature makes toggling between different functions a breeze and quickly becomes second nature to use after spending some time with Logitech Craft keyboard.