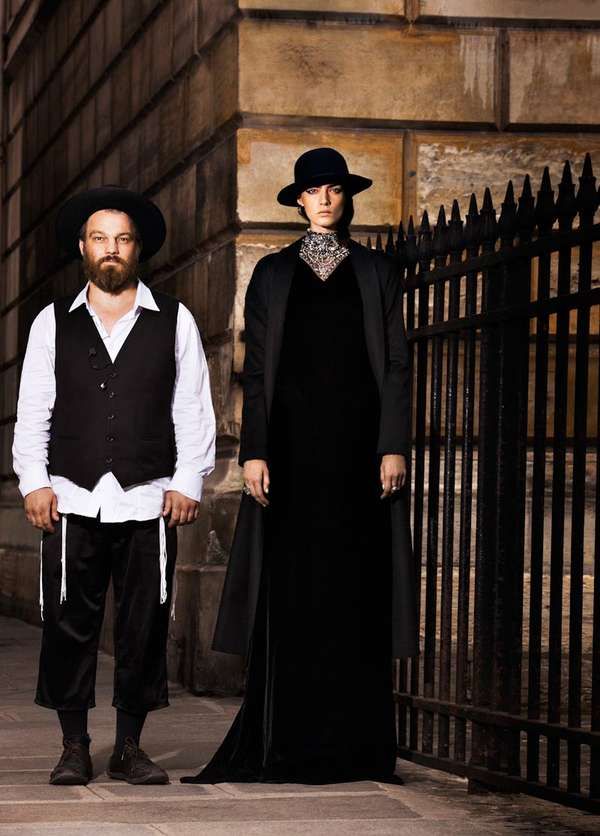 Meghan Young — August 27, 2012 — Fashion
References: lofficielmode & fashiongonerogue
Share on Facebook Share on Twitter Share on LinkedIn Share on Pinterest
Inspired by Orthodox Judaism and the clothes these religious followers wear, the L’Officiel Paris September 2012 editorial is quite dark and dramatic. While the former is expected, the latter is certainly not. Often leading simple lives that is accentuated by the simple palette of their outfits, the word 'dramatic' does not seem to fit. Nevertheless, in this photoshoot, it is more than appropriate.

The L’Officiel Paris September 2012 editorial was lensed by New York-, Miami- and Paris-based photographer Alexander Neumann. It stars model Patrycja Gardygajlo. The Polish beauty was styled by Vanessa Bellugeon in a black and white wardrobe that is both masculine and feminine. Perfect for the fall season, the looks cover her from neck to toes. Hairstylist Isabelle Luzet and makeup artist Sergio Corvacho perfect the looks.
5.8
Score
Popularity
Activity
Freshness
View Innovation Webinars