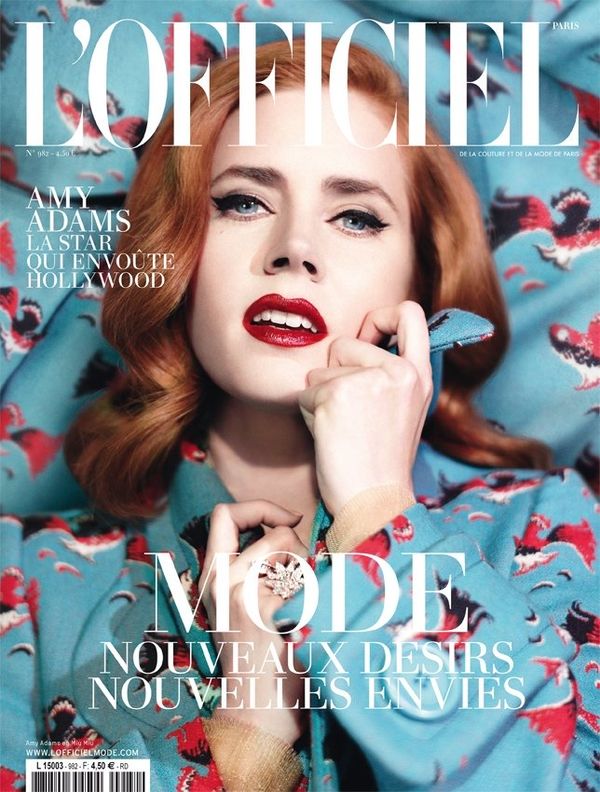 Meghan Young — January 24, 2014 — Fashion
References: lofficielmode & fashiongonerogue
Share on Facebook Share on Twitter Share on LinkedIn Share on Pinterest
Elegance and whimsy doesn't necessarily go together, that is if people think of traditional elegance, which the L’Officiel Paris February 2014 magazine cover is clearly not adhering to. Although it channels the glamor of Old Hollywood with luscious waves, bold cat eyes and red lipstick, the playful pattern of the outfit overtakes the frame to create an almost surreal backdrop.

Clad in Miu Miu, actress Amy Adams covers the L’Officiel Paris February 2014 issue as though she were really born to be a model. Funny enough, she tells the French publication, "I do not really have a style. I finally admit that I am not naturally elegant." That is hard to believe, especially with this photoshoot as proof. It can't be denied that she does justice to Miu Miu, Burberry Prorsum and Dolce & Gabbana, who she dons for the cover shoot.
3.1
Score
Popularity
Activity
Freshness
View Innovation Webinars