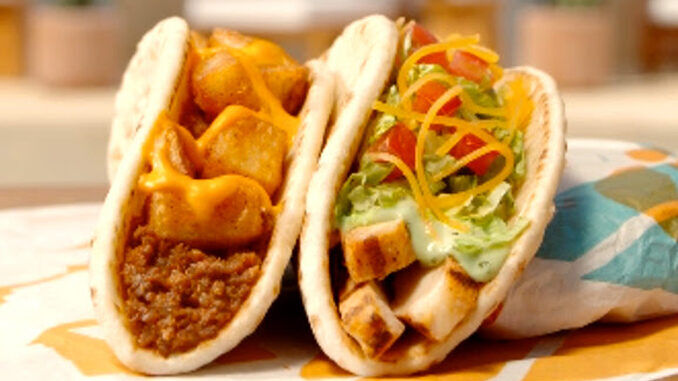 Just as the names suggest, the two new tacos take the fluffy base of a flatbread and use it as a new kind of taco shell. Some eagle-eyed fans may already recognize these offerings, which have appeared in select regions in the past as part of limited market tests. Now, fans nationwide can get their hands on both the Loaded Chicken Flatbread Taco and the Beefy Potato Flatbread Taco starting on Thursday, July 22. However, if you're one of Taco Bel's Rewards Members, you can access the new tacos as early as July 19th via the Taco Bell mobile app.