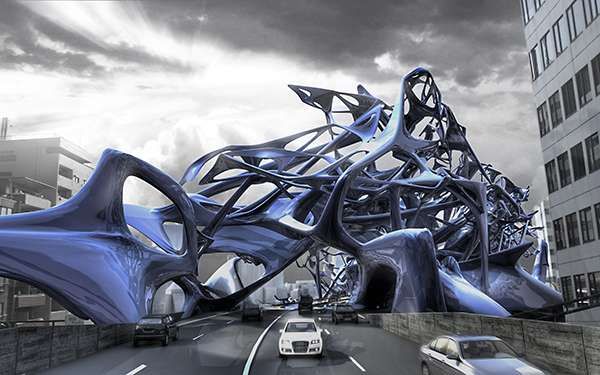 The Living Bridge Embodies the Energy of the City

From afar, this tangled Tokyo overpass looks as if a host of giant spiders have spun thick webs around the existing structure, but in fact, every tousled string is a piece of data. Geoffrey Klein, Dave Eaton and Michael Wetmore mapped out the movement patterns of drivers, cyclists and pedestrians though a vector field, exaggerating the intensity of higher traffic trajectories to amplify the magnitude of the framework. The ultimate goal of the Living Bridge project was to formulate an intricate example of nonlinear algorithmic architecture, and at this, it certainly excels.
4.6
Score
Popularity
Activity
Freshness
Access Advisory Services