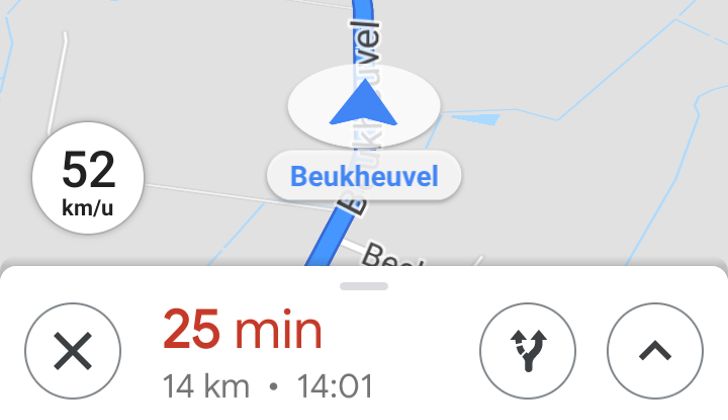 Daniel Johnson — June 6, 2019 — Tech
References: androidpolice & theverge
Share on Facebook Share on Twitter Share on LinkedIn Share on Pinterest
Google Maps put a live speedometer function into the navigation app, which will allow users to better monitor their speed when driving. The new feature can be toggled on and off in the settings section of the app, when the function is turned on, users' speed is displayed in the bottom left corner of the app. The speedometer function is another feature added to Maps that originally came from the Waze app. Google has stated that the function is only intended to provide information to the user, as GPS can provide a less reliable speed reading, drivers should also use their conventional in-car speedometer.

The feature has not been extended to Google Maps users everywhere. Currently, the feature is only available in a limited number of countries, including Argentina, Australia, Belgium, Brazil, Canada, the Czech Republic, the UK, US, and a number of other countries.