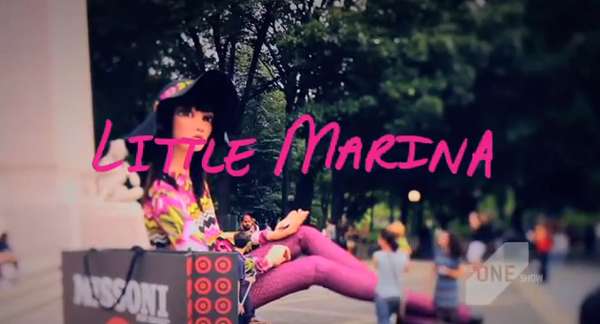 Not to be ignored, the group created a backstory to a giant puppet who would steal the show at many high-fashion gatherings. They named her 'Little Marina' and placed her all around town, decked out in Missoni. Despite her enormous size, Little Marina was extremely interactive with those around her. With iPhone in hand, she tweeted, responded to texts and even acted as a Wi-Fi hotspot for those in the area. Offering both a service and an attraction to those around her, she was a well-received lady.