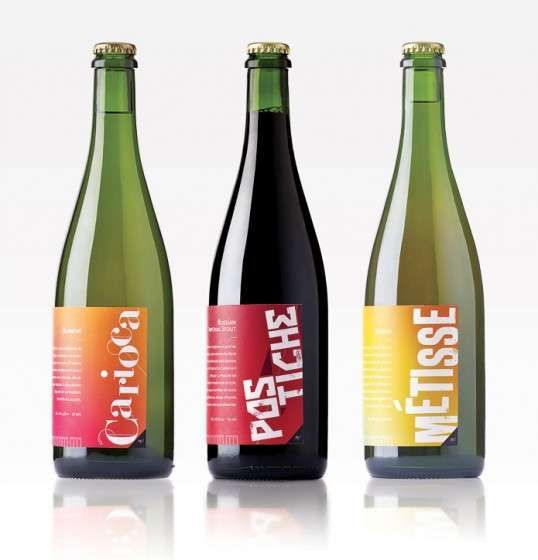 Susan Keefe — January 3, 2012 — Lifestyle
References: atelierdesign.be & lovelypackage
Share on Facebook Share on Twitter Share on LinkedIn Share on Pinterest
These alluring beer bottles for the hip Belgian beer brand Lion a Plume is the handiwork of Atelier Design. Beer is enjoyed the world over by millions upon millions of people, but it is rarely afforded the respect it often deserves. Often considered the working man's nectar or a blue collar beverage, beer is often left out of the lime light by its more sophisticated rivals like red wine. In recent years, however, good beer has been making a name for itself as a drink befitting the trendiest of yuppies and most discerning of foodies.

To help usher beer into its rightful place of glory, Atelier Design chose to take this carefully brewed beer to a new height of sophistication by playfully placing it in a bottle that look suspiciously like a wine bottle. Each type of brew was embossed by a different label. The attention to the artwork punctuated with refined references to such art movements as Russian Constructivism makes Lion a Plume a thinking man's brew.

Eyebrow-Raising Labels
Middle Brau Packaging Stares Right Back at You