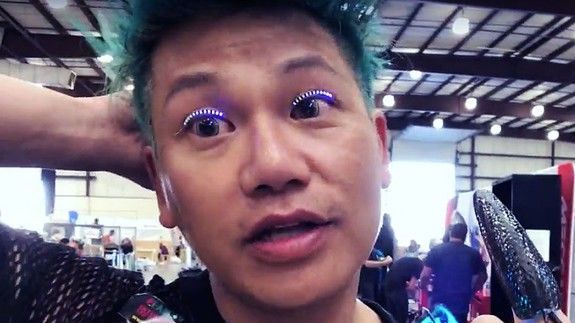 Light Up Eyelashes F.lashes Will Make Your Eyes Light Up -- Literally

F.lashes come in seven different colors (pink, white, red, yellow, green, blue and light blue) and can be applied with normal eyelash glue. The light up eyelashes are powered by a super small (3.3 volts) watch battery, which allows them to glow up for up to four hours. They are also designed not to emit heat on a noticeable level and hold up well to sweat.
4.5
Score
Popularity
Activity
Freshness
Get the 2021 Trend Report FREE