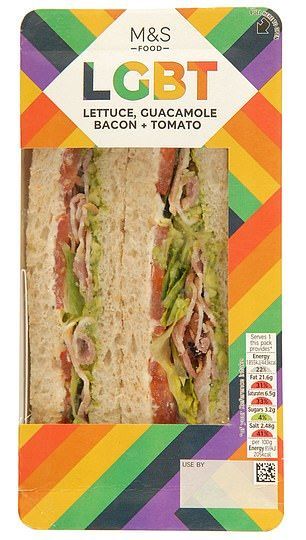 Marks and Spencer Released an LGBT+ Sandwich to Promote Inclusivity

The limited-edition sandwiches are packaged in a rainbow-colored box. Marks and Spencer commented saying: "The BLT is one of our most-loved sandwiches and we're really excited to give it a delicious twist for our customers to enjoy while celebrating Pride season."

The well-intentioned brand is facing some backlash from the community for equating them to a sandwich. Some critics have also called the campaign "gay-washing" and "blatant exploitation of a marginalized community for a huge profit." In response, Marks and Spencer also announced a £10,000 donation to an LGBTQ+ supporting charity as part of its campaign.
1.8
Score
Popularity
Activity
Freshness
Attend Future Festival