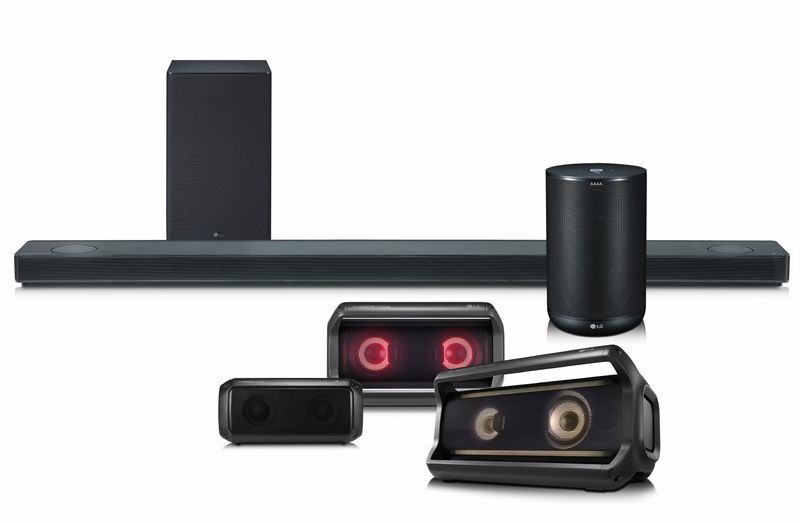 Joey Haar — December 28, 2017 — Tech
References: lgnewsroom & techcrunch
Share on Facebook Share on Twitter Share on LinkedIn Share on Pinterest
LG has officially announced its 2018 speaker lineup, with the LG ThinQ serving as the crown jewel in the new collection of gadgets. The Google Assistant-powered device looks as though its slated as direct competition to other high end smart home hubs, like the Google Home Max and the Amazon Echo.

Though the announcement included other LG products like the SK10Y soundbar and portable PK series speakers, the ThinQ is the most intriguing of the bunch, as it represents LG's first foray into the smart home speaker market. Part of the benefit of the new product is that it will sync up seamlessly with other LG products, making smart home setup simple. That said, little else is known about the product, as the full reveal is slated for CES 2018.
4
Score
Popularity
Activity
Freshness
View Innovation Webinars