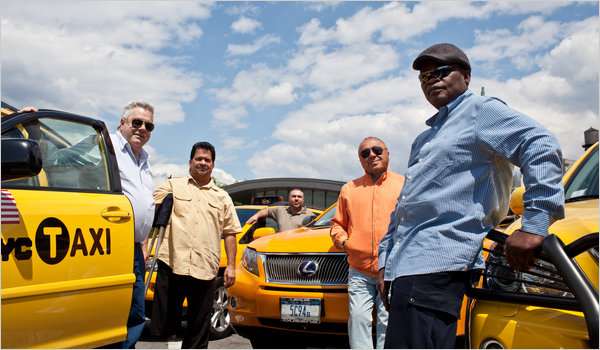 Peter Vallas — May 19, 2011 — Autos
References: nytimes & animalnewyork
Share on Facebook Share on Twitter Share on LinkedIn Share on Pinterest
The city of New York has over 13,000 taxicabs that graze the streets almost every day, and downtown you will find six men who like to drive around with class. Either a LexusRX 400h or RX 450h, these Lexus taxicabs are ones you'll want to spot on your next trip to the big city.

Why a Lexus Taxicab, you ask? “A cab driver is dying for individuality,” said Neil Newmark (one of the six taxi drivers). There are currently over 7,000 Ford Crown Victoria cabs and other similar models in huge numbers in the city.

Although these men love their cars, and so do the people that get to ride in them, the Taxi and Limousine Commission is saying the Lexus's may be to powerful for Taxi use and recently passed regulations that removed the Lexus from the list of approved taxis.
1.3
Score
Popularity
Activity
Freshness
Access Advisory Services