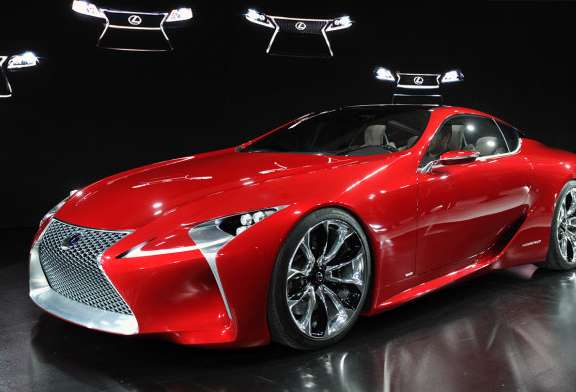 One of the most notable elements of the Lexus LF-LC is its integrated touchscreen technology. The car is designed with a touchscreen keyboard that pops up between the two front seats; this digital feature, as the general manager of Lexus in the United States Mark Templin describes, is "kind of like having a tilt-up iPad” inside the vehicle.

What's more, smaller (about the size of a phone) touchscreen panels are added to the inside of each door, allowing the driver and riders to adjust the side mirrors and control the windows, seats and doors. And if that wasn't enough tech, the Lexus LF-LC also features two 12.3-inch LCD panels within the car that display the speedometer and navigation controls, describes WSJ.com.
5.6
Score
Popularity
Activity
Freshness
Jeremy Gutsche Keynote Speaker