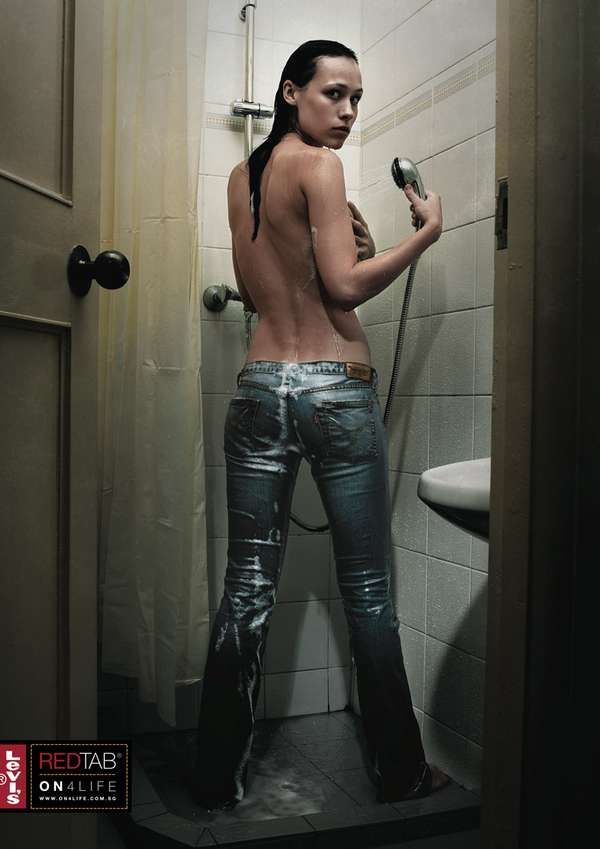 The campaign which was photographed by Jonathan Tay for OgilvyOne ad agency, Singapore consists of three print ads: shower, hanging, and tattoo.

The shower and hanging ads are pretty good, showing a girl taking a shower with her jeans on, and a guy and girl hanging to let their jeans dry. Because you know, they can't part with it.

The one I like the most though is the Tattoo ad. It shows a guy getting a big tattoo, and because he wants to keep his jeans on, the artist continues the tattoo from his skin onto the jeans itself. It really captures the On 4 Life essence.