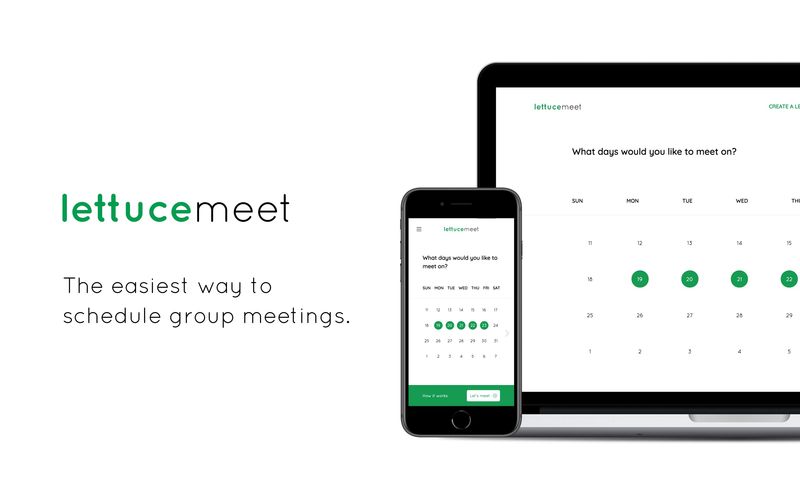 'LettuceMeet' is a Straightforward Platform for Organizing Meetings

Joey Haar — March 14, 2018 — Tech
References: lettucemeet & producthunt
Share on Facebook Share on Twitter Share on LinkedIn Share on Pinterest
The most popular organizational platforms, like Google Calendar or similar software, are great for keeping track of one's own schedule, but LettuceMeet is a sleekly designed new tool that makes coordinating with others far easier. The minimal platform has a single purpose: to help users coordinate the best times to meet up.

Though organizing a meeting time might seem ostensibly simple, it always ends up being frustratingly complex. More often than not, users end up sending and rejecting proposed meeting times in a ceaseless back-and-forth, eating up time in the process. Because LettuceMeet is specifically designed for organizing meetings, it cuts out the chaffe. The initial user specifies the times that they're available through an intuitive interface, and they send a proposal link to the others in the group. Those users then fill in their own availabilities, and the platform automatically shows the potential times.
1.4
Score
Popularity
Activity
Freshness
Get Trend Hunter Dashboard