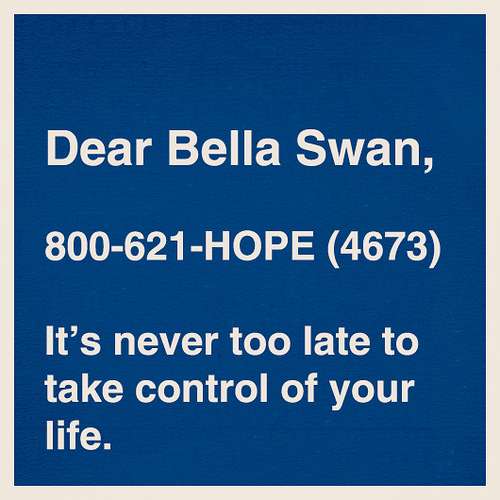 The Letters to Fictional People Tumblr Delivers Wit to Characters

Carly Foy — April 7, 2011 — Pop Culture
References: letterstofictionalpeople.tumblr & buzzfeed
Letters to Fictional People, inspired by the website Letters to Dead People, creates memes with the comments you all wish you could say to your favorite characters.

The memes are created by Tumblr users evilcomma and scarlettohara, who are complete pop culture addicts. Sometimes, accompanying their memes are funny minor explanations or statements as seen in the Dear Han Solo meme partially written in Wookie.

The pop culture references are funny and sometimes sentimental, such as the Dear Darth Vader, in which the meme states, "Hold me like you did by the lake on Naboo." My favorite would be the Dear Bella Swan, where they state it's time to call a helpline. The Letters to Fictional People Tumblr is hysterical and definitely unforgettable.
4.7
Score
Popularity
Activity
Freshness