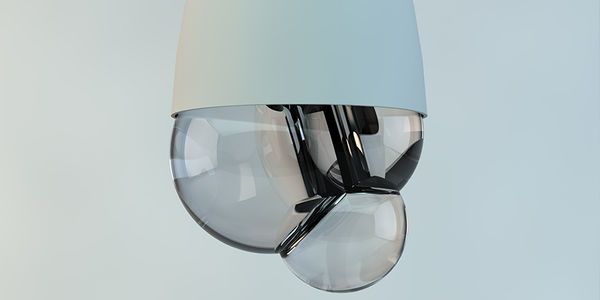 For this pendant lamp, Dima Loginoff chose to create a curvaceous cone shape for the main body and the lampshade. Beneath this, where one might expect to see an exposed lightbulb from a close angle, the designer installed an elaborate sculpture of transparent glass that looks like a group of enormous water droplets that have clustered together. The beautiful bubbling forms create an intriguing visual effect when the 'Let's Say the Lamp' is switched on. Fascinating reflections and refractions further embellish the room with a contemporary elemental style that is subtle, sophisticated, organic and absorbing.
3.4
Score
Popularity
Activity
Freshness
Get Trend Hunter Dashboard