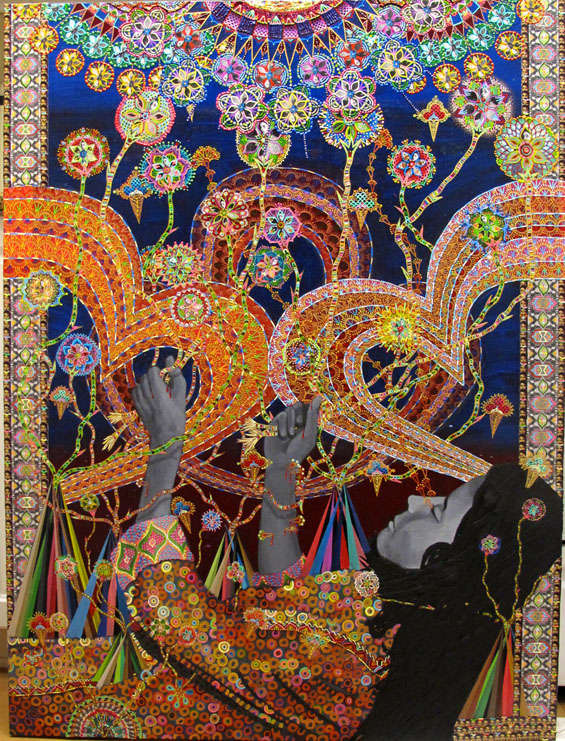 Meghan Young — June 6, 2013 — Art & Design
References: asad-faulwell & beautifuldecay
Share on Facebook Share on Twitter Share on LinkedIn Share on Pinterest
The Les Femmes D’Alger painting series could easily be mistaken for a set of intricate Eastern tapestries. In reality, they are a collection of meticulous paintings that surround an unlikely subject matter: the Algerian War of Independence. In particular, it focuses on the female combatants.

According to Beautiful Decay, the LLes Femmes D’Alger series was "inspired by Gillo Pontecorvo’s 'The Battle of Algiers,'" and "show how these women were both aggressors and victims, victimized by both their French adversaries and their male Algerian comrades." Deeply rooted in politics and art history, the Les Femmes D’Alger series is also influenced by the work of Eugène Delacroix and Pablo Picasso. But instead of depicting his subjects as sexual objects, they are envisioned as saints, criminals, aggressors and victims.
2.4
Score
Popularity
Activity
Freshness
Attend Future Festival Virtual