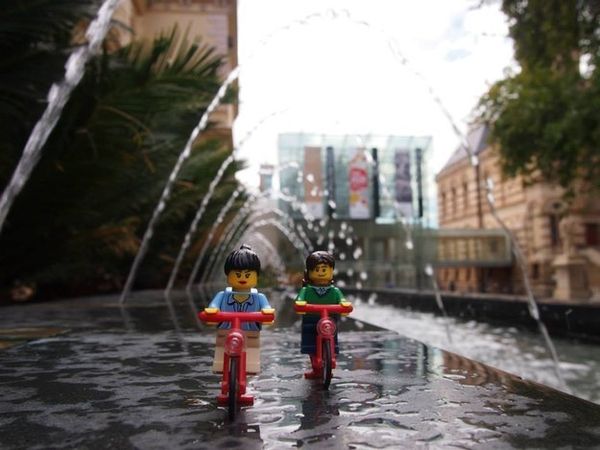 LEGO Travellers Shows the Candid Travels of a LEGO Couple

Michael Baxter — May 20, 2014 — Life-Stages
References: buzzfeed & neatorama
LEGO Travellers is the kind of series that has been a long time coming for the toy-turned-cultural phenomena. Considering LEGO has almost taken over the world with its easy-to-use, versatile and fun toy, it was only a matter of time until we saw the figurines take on lives of their own.

The LEGO Traveller series shows a couple of minifigs travelling around the world doing all the fun things that couples would do in various locales around the world. From dusking in Victoria to water sliding in New South Wales, the photos are especially interesting because even though the figurines are small, the locations don't feel overpoweringly large.

The minifigs even have their own miniature camera to capture all of these special moments for later on. LEGO has been everywhere recently and this series shows that they're literally everywhere.
1.8
Score
Popularity
Activity
Freshness