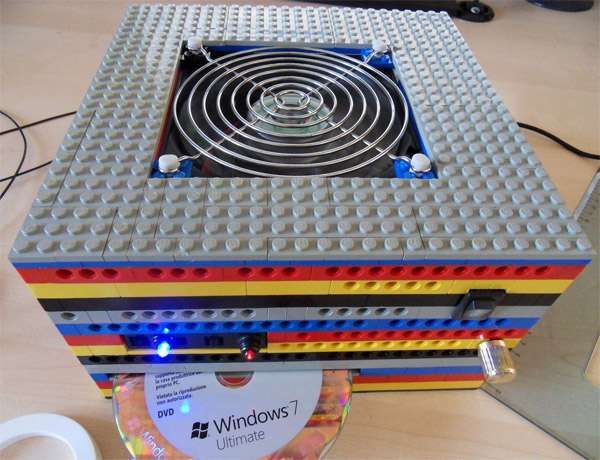 The LEGO PC 1.0 Keeps Your Computer Looking and Running Cool

Encasing your computer in a box made of LEGOs may not seem like the best idea, as computers in closed boxes are prone to overheating; however, Gi0v3 was genius enough to drill holes into his LEGOs to increase airflow.

The result is a computer case that not only looks cool but is probably more efficient at keeping its components cool than a high-end case -- a good thing, as this computer is running some serious hardware. According to Technabob, the Lego PC 1.0 has an "AMD Athlon II 605e quad-core CPU running at 2.3GHz attached to an ASUS Mini-ITX board. It’s fully-outfitted with USB3, SATA3, Bluetooth and WiFi, and has 8GB of zippy SODDR3-1333 RAM. It’s also got a pair of Samsung 250GB hard drives, a slot-loading DVD-RW and an ATI Radeon HD 5570 GPU." Consider your world rocked.
1.2
Score
Popularity
Activity
Freshness
Attend Future Festival