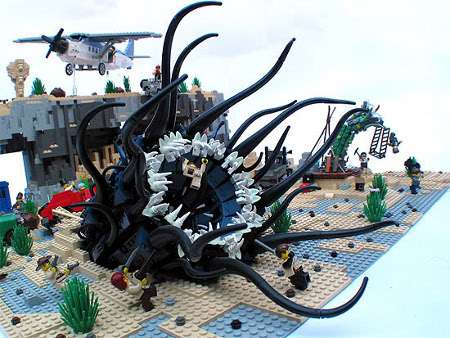 Marissa Liu — October 1, 2009 — Life-Stages
References: nonch & geekologie
You can make anything out of LEGO and this includes creepy, crawly LEGO monsters. These sculptures are mostly recreations of famous evil machines from movies such as Alien, Predator and the Matrix but it doesn’t make them any less cool. All of these featured LEGO monsters have been created from individual, independent artists and not some poor, friendless schlep stuck in a poorly ventilated basement obsessing over his LEGO creations (talk about creepy). They may have started out as a tangle of interlocking plastic blocks but once fully formed, these LEGO monsters are still pretty scary.
4
Score
Popularity
Activity
Freshness