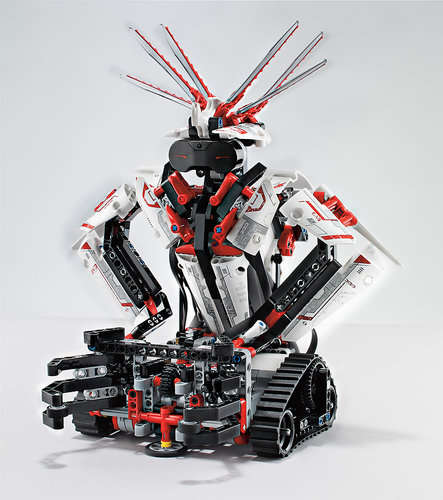 Meghan Young — January 8, 2013 — Life-Stages
References: lego & fastcodesign
Aside from creating new characters, vehicles and scenarios, LEGO hasn't had to innovate too much to keep up the building blocks' appeal with both children and adults; nevertheless, the Lego Mindstorms EV3 shows that introducing technology into the equation can help to make them more relevant in today's hi-tech world.

In this case, the Lego Mindstorms EV3 takes on the form of a robot, which can be controlled via an iPhone, allowing it to be more socially connected as well. The series is comprised of five characters, from a snake-like creature to a humaniod, each of which can be playable within 20 minutes of receiving it.