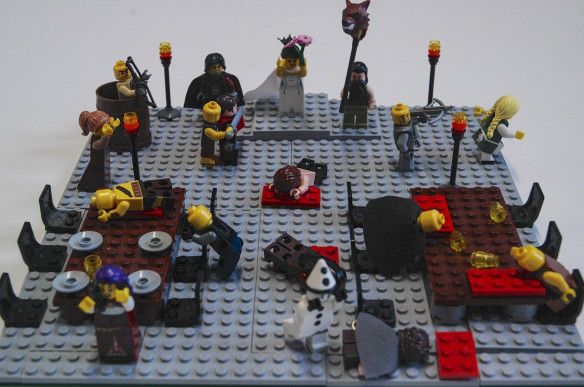 Meghan Young — February 11, 2014 — Business
References: waterstones & neatorama
Share on Facebook Share on Twitter Share on LinkedIn Share on Pinterest
The fine folks over at Waterstones, a book retailer based in the United Kingdoms, wanted to celebrate the recently released LEGO movie, which stars a slew of celebrity voices, by creating scenes from famous novels out of the iconic building blocks; they dubbed the series LEGO Literature. From the bloody Red Wedding written in 'Game of Thrones' to a nonexistent 'Pride & Prejudice' scene that was made famous in the BBC television adaptation, the LEGO Literature series is quite entertaining.

Full of detail and accuracy, although what Batman is doing in a Dracula scenario is sure to baffle some, the LEGO Literature series may inspire other people to recreate their favorite scenes from books. At the end of the day, why wouldn't anyone want to play with LEGO?
4.7
Score
Popularity
Activity
Freshness
View Innovation Webinars