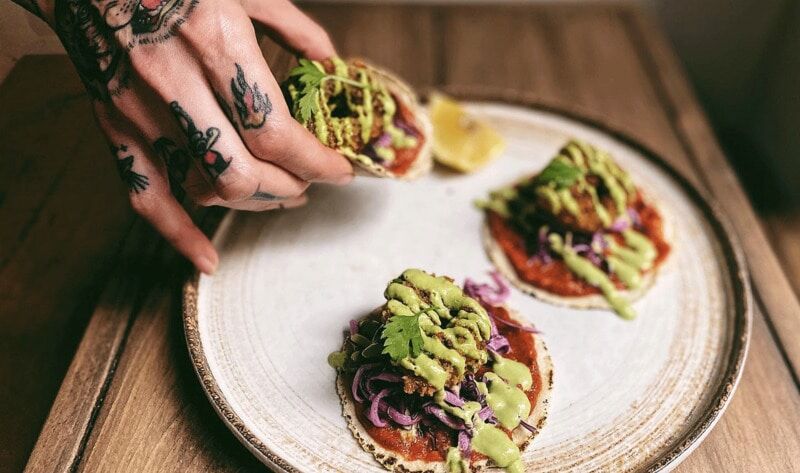 Grace Mahas — November 26, 2020 — Business
References: vegnews
Share on Facebook Share on Twitter Share on LinkedIn Share on Pinterest
Le Mariachi is a new vegan Mexican eatery launched by reality tv show MasterChef season eight inner, Dino Angelo Luciano. The new restaurant will open in Montréal and features decadent plant-based dishes like the California burrito, loaded fries, and oyster mushroom calamari tacos – all of which will be made from scratch.

Dino Angelo Luciano commented on the inspiration behind the new restaurant, stating: “For me, the best Mexican fusion street food can be found in California … and from my first stay in Montreal, I first saw the open-mindedness of Montrealers, but above all, I couldn’t find any place to fill me up."

Le Mariachi will be open from Wednesdays to Saturdays for lunch and dinner with plans to extend hours and implement weekend brunch offerings in the near future.