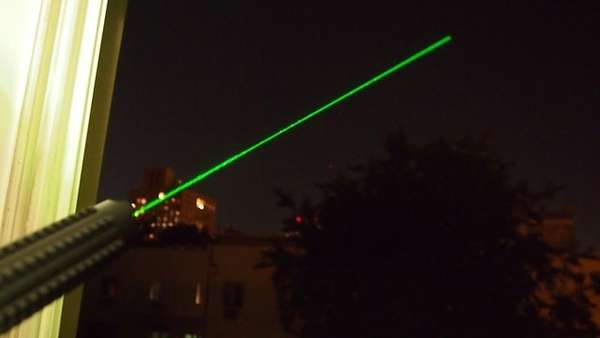 The U.S. Government and FAA Launch the LaserReport Webpage

As increasingly powerful laser pointers continue to flood American toy markets from popular East Asian vendors, the number of criminal incidents involving a misguided teen or inebriated adult shining a beam toward an aircraft inevitably rises. In 2005, for instance, the number of reports was a steady 283, whereas that statistic increased tenfold by 2010, finally reaching 2,836 annual incidents. So in the hopes of ensuring safety above and justice below, the FAA has launched LaserReport, an innovative new tool that allows pilots, professional air-traffic controllers and civilians to immediately notify authorities if some wisecracker is shining lasers at landing planes!

Let's face it, pointing a concentrated beam at a pilot: potentially fatal and disastrous. On the other hand, pointing a laser at the ground, causing your cat to follow it everywhere, is always fulfilling. So why not try the alternative?
0.8
Score
Popularity
Activity
Freshness
Get the 2021 Trend Report FREE