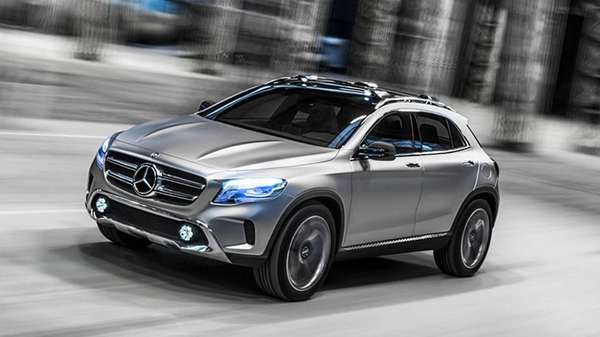 This New Mercedes GLA Can Project a Movie From its Headlights

Andrew Sztein — April 19, 2013 — Autos
References: foxnews & mashable
Mercedes has announced some of the features of its new GLA concept car, none of which should have you more excited than its laser headlights.

Do you miss drive-in theaters as much as I do? If so, then you should get excited about these Mercedes headlight. Replacing the standard bulbs and LEDs that are found in most headlights, the new laser headlights double as a video projector, meaning all you need is a wall and a parking space for a DIY drive-in theater. Anything can be used as a source for the video projection such as smartphones, the Internet or a portable hard drive. The car also has two built in, but removable HD cameras that can sync directly to the laser headlights too.

Sounds like Mercedes has your next first date covered!
4.9
Score
Popularity
Activity
Freshness