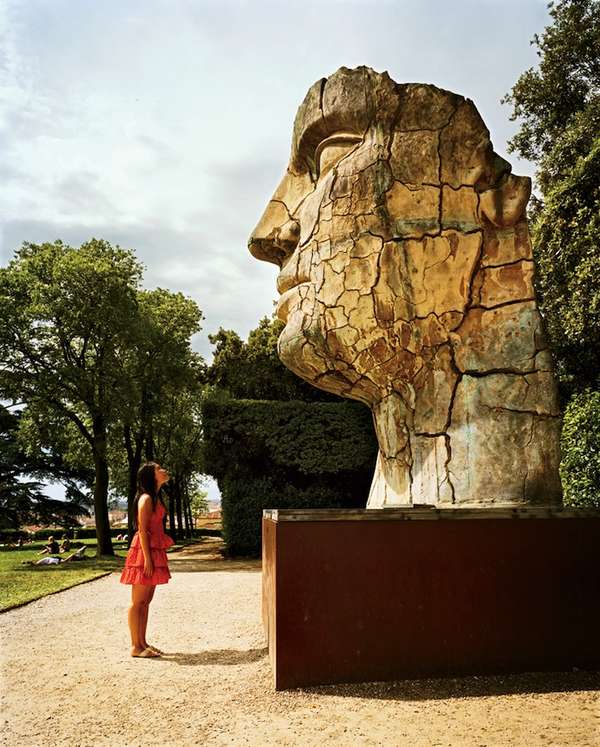 Lacey-Jane Walsh — July 8, 2013 — Art & Design
References: sgnowhereman.tumblr & mymodernmet
This large statue has been created to look like it has stood the test of time. Talented sculptor Igor Mitoraj is behind this stunning work, which can be found in Florence, Italy. This seemingly crumbling statue is perfectly suited to the garden in which it is located.

This stunning statue is very aesthetically pleasing, cracks and all. One can't help but be drawn to this massive sculpture. It looks as though it's a part of history (even though it's fairly new). The statue itself is of a man's face. Something about the look of the statue combined with the fact that it appears to be crumbling makes this piece seem very dignified.

This statue deceivingly looks like it's seen better days, but because it's still standing tall, it seems strong.
3.2
Score
Popularity
Activity
Freshness