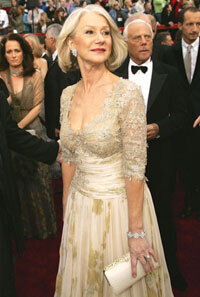 Bianca — August 21, 2007 — Luxury
References: lanamarks
Here's a nice round figure for you: $100,000 will buy you one of the world's most exclusive handbags, and the ultimate goodluck charm for Oscar nominees. There are only five of these bags produced each year, making the "1,500 fully cut and faceted black-and-white round diamond" jeweled items even more desireable.

"In Hollywood during awards season the designer makes a limited-edition Cleopatra for only one actress," repotred Forbes magazine. "Two have won Academy Awards while in possession: Charlize Theron in 2004 and this year Helen Mirren, who carried hers right up to the podium."
3.4
Score
Popularity
Activity
Freshness