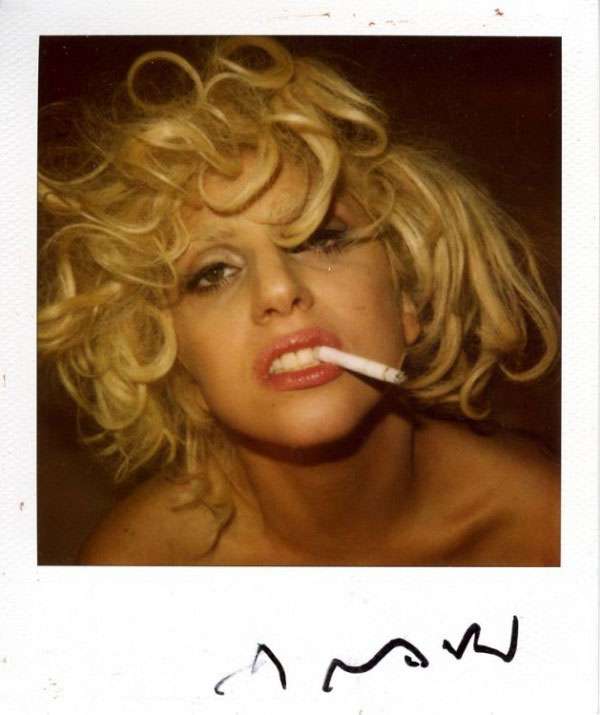 Marie C. Hudson — July 18, 2011 — Pop Culture
References: touchpuppet
Share on Facebook Share on Twitter Share on LinkedIn Share on Pinterest
If you thought it was impossible to still be shocked by Lady Gaga, then these Noboyushi Araki Lady Gaga Polaroids will prove you wrong. Taken nearly two years ago by Japanese artist Noboyushi Araki for a paint-splatter spread in Vogue Hommes Japan, the raw photos have now been released to the public. The mixed-media photo set for the Japanese magazine featured the popstar in leather and bondage, but was much tamer than these Polaroids upon which it was based. It’s almost hard to believe that these originals are from 2009, just before the release of 'Bad Romance' -- the first single that really showcased Gaga’s shocking stunts in music videos and live performances.

The Lady Gaga Polaroids are raw, edgy, and extremely revealing. There is a sense of danger and vulnerability in the star as she sits with hands and legs bound and "I love Japan" scribbled across her arms. The release of these bound Gaga photos shows that she is as unpredictable as ever, and certainly isn’t giving up the spotlight any time soon.
6.3
Score
Popularity
Activity
Freshness
Get Better and Faster