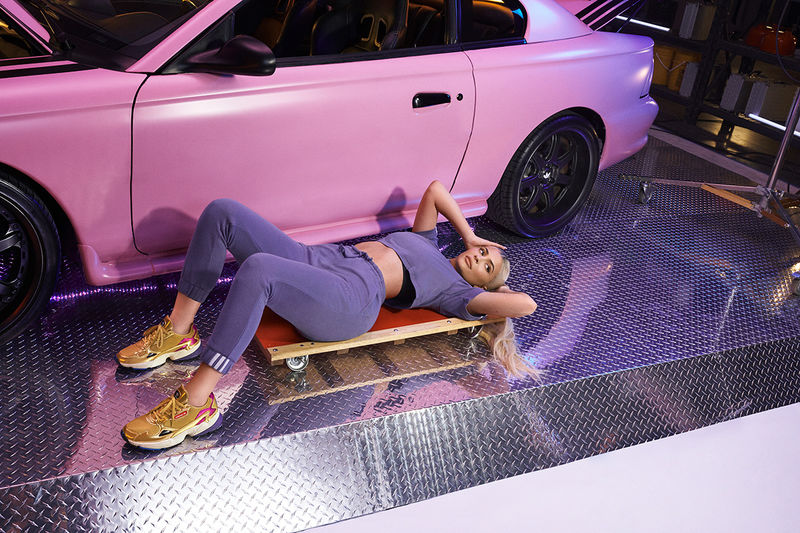 Kalina Nedelcheva — November 29, 2018 — Fashion
References: instagram & highsnobiety
The Falcon campaign debuted a new shoe silhouette for Fall/Winter 2018 and now the promotional activation is returning with yet another release of the design with a Kylie Jenner for adidas campaign. The celebrity was tapped to debut the initial silhouette — one that takes cues from the classic Falcon Dorf that was released twenty years ago.

For Spring/Summer 2019, adidas makes the footwear model available in two additional colorways. The model still retains its sporty and elegant aesthetic that does not turn its back on breathability and flexibility. One of the new versions features a metallic gold upper with accents of pink, purple and blue. The other one is a white iteration with sleek detailing in red, purple, orange, navy and blue. In addition, Jenner debuts the new adidasCOEEZE tracksuit.