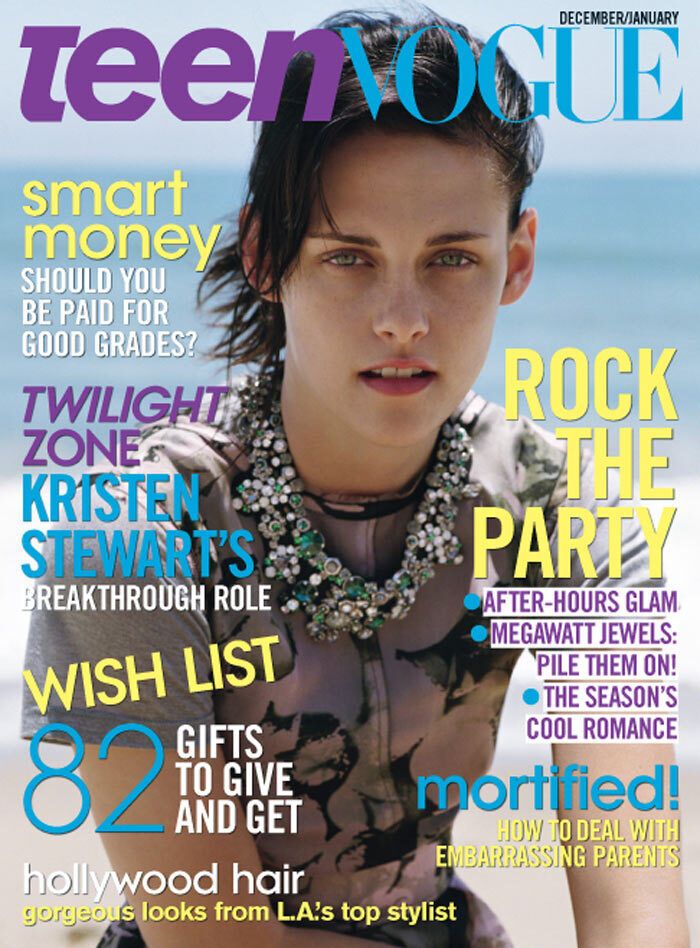 With that success comes magazine covers and attention to her fashion style. Kristen Stewart is featured on the cover of the new December 2008 issue of Teen Vogue.

And while the actress looks ultra fashionable in a D & G dress and Prada necklace in the photoshoot, she admits that this all feels quite strange to her, “It’s such a bizarre thing, to me, to consider that what I wear, what I do with my hair, affects my career. I’m not the type of person who has a million things in my closet.”

Well, with a film as huge as Twilight, eyes will be on Kristen Stewart whether she likes it or not!
6
Score
Popularity
Activity
Freshness
Jeremy Gutsche Keynote Speaker